The information in this page is updated in accordance with firmware version RUT9M_R_00.07.03.3.

Network Time Protocol (NTP) is a networking protocol for clock synchronization between computer systems over packet-switched, variable-latency data networks. This chapter is an overview of the NTP section for RUT951 devices. 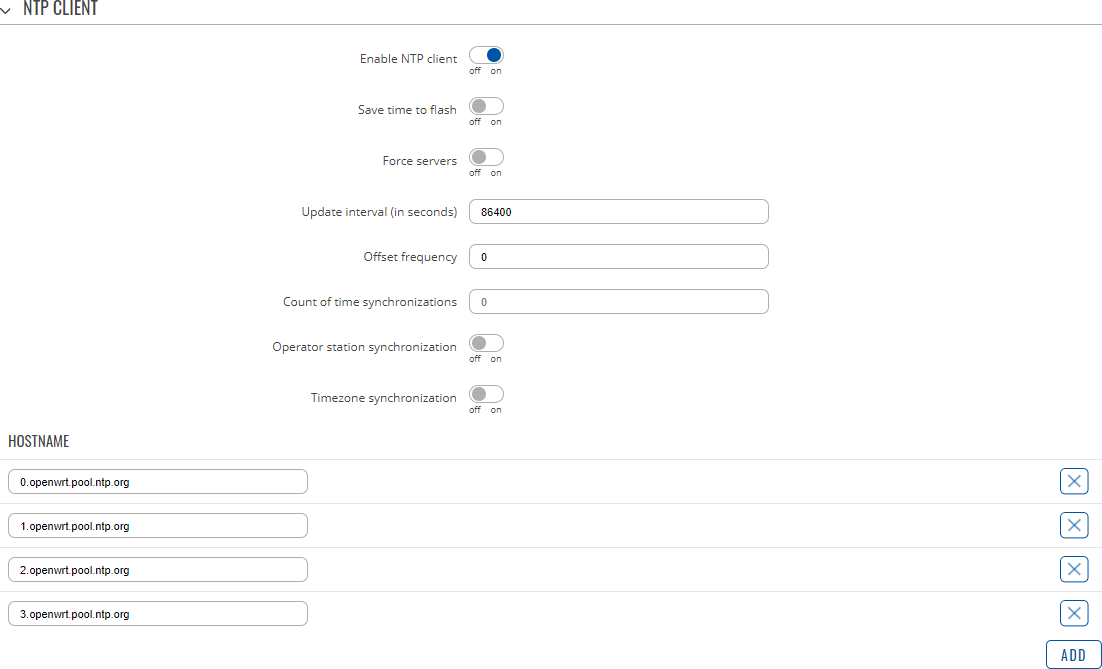