The information in this page is updated in accordance with firmware version RUTX_R_00.07.03.2.

The Interfaces page is used to to set up network interfaces.

This manual page provides an overview of the Interfaces page in RUTX08 devices.

The Add Interface section is used to create additional network interfaces. To create a new interface, simply enter a custom name for it and click the 'Add' button.

This section provides information on network interface configuration. There are two main types of interfaces on the device:

Different types of interfaces can be configured under different protocols:

The General Setup section is used to configure the protocol of an interface and all the different parameters that go along with each protocol. If None protocol is chosen, all other interface settings will be ignored. The following sections are different for each protocol.

The static protocol uses a predefined manual configuration instead of obtaining parameters automatically via a DHCP lease.

The DHCP protocol is used to set up an interface which obtains its configuration parameters automatically via a DHCP lease.

The DHCPv6 protocol is used to set up an IPv6 interface which obtains its configuration parameters automatically via a DHCP lease.

The PPPoE protocol is used to set up a PPP (Point-to-Point Protocol) connection over the Ethernet port.

The Advanced Settings section is used to set up some of the more specific and less frequently used interface parameters. This section is different for each protocol.

Advanced Settings information for Static protocol is provided in the table below.

Advanced Settings information for DHCP protocol is provided in the table below. 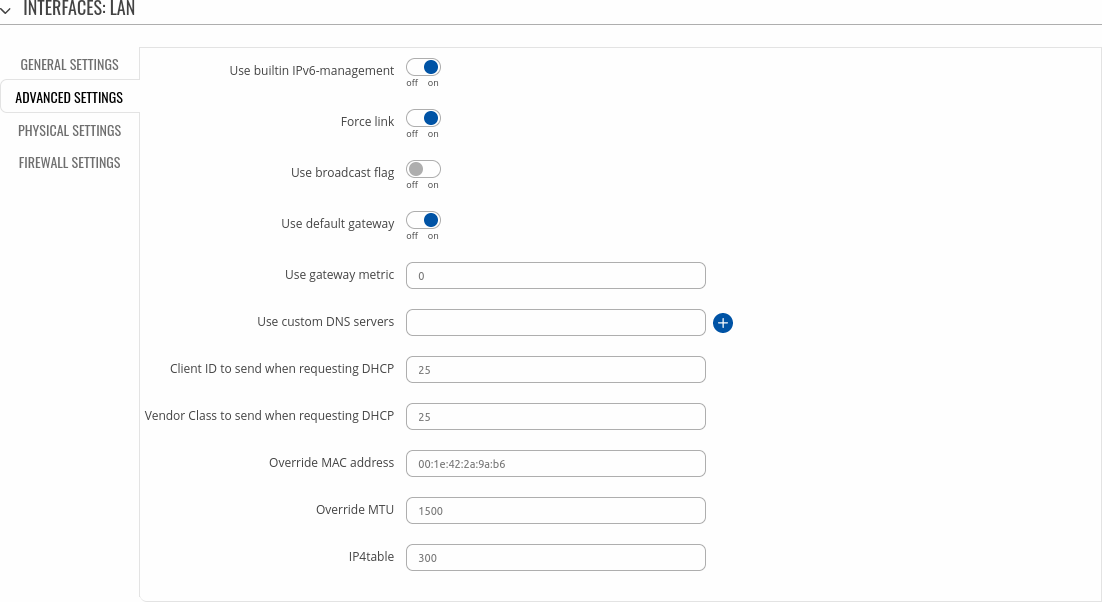 Advanced Settings information for DHCPv6 protocol is provided in the table below.

Advanced Settings information for PPPoE protocol is provided in the table below. 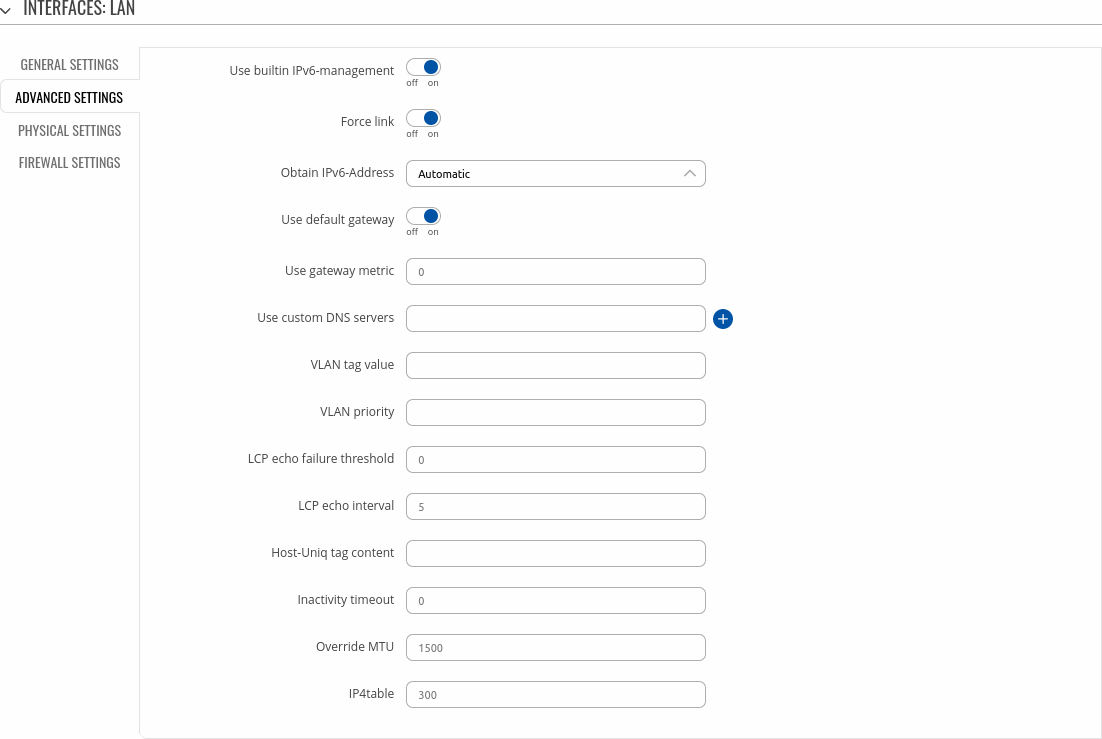 The Physical Settings section is used to create associations with physical interfaces and bridge network interfaces.

The Firewall Settings section is used to specify to which firewall zone if any this interface belongs. Assigning an interface to a zone may provide easier configuration of firewall rules. For example, instead of configuring separate rules for each WAN interface, you can add all WAN interfaces into a single firewall zone and make the rule apply to that zone instead. 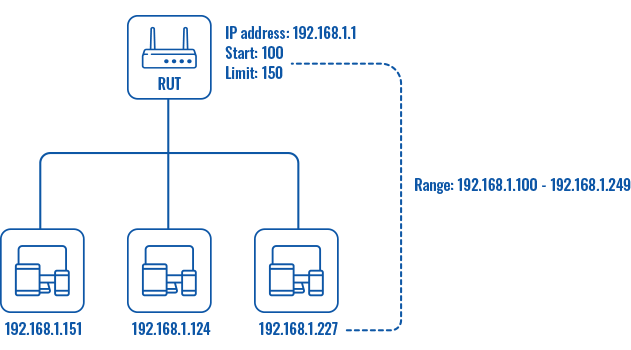 The General Setup section is used to set up the main operating parameters of the DHCP server.

Refer to the table below for information on the Advanced Settings section.

Refer to the table below for information on the IPv6 Settings section.

Static IP leases are used to reserve specific IP addresses for specific devices by binding them to their MAC address. This is useful when you have a stationary device connected to your network that you need to reach frequently, e.g., printer, IP phone, etc.

The Static Lease list is empty by default. To add a new Static Lease look to the Add Lease section; enter a custom name for the lease and click the 'Add' button.

You should be redirected to the Settings page for that lease, which should look similar to this:

After you click 'Save & Apply' you will be redirected back to the Network Interfaces page. If you wish to modify the lease later, you can find in the Static Lease list. Simply click the 'Edit' button next to it in order to enter the Settings page for the Static Lease.

Note: UDP Broadcast Relay is additional software that can be installed from the Services → Package Manager page.