Crontab is a list of commands that allows tasks (programs, scripts) to be run automatically at regular time intervals. For example, in RUT routers it is responsible for executing such services as Automatic Reboot functions, SIM Idle Protection, Scheduled SMS and others that function in a periodic manner.

Crontab entries are stored in the /etc/crontabs/root file. You can edit that file directly with the command vi /etc/crontabs/root, but it is more convenient to edit with crontab -e, which we'll be using for all examples in this guide. -e is an option of the crontab command used for editing. Presented below is a list all options that can be used with crotab: 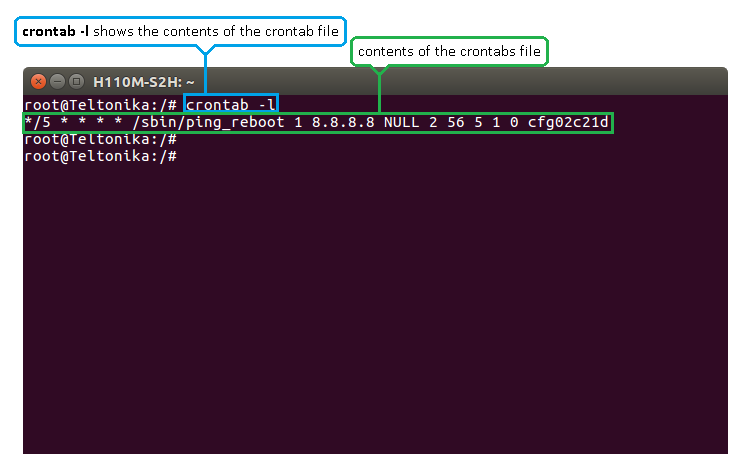