Because of the lack of confidentiality inherent in the Layer 2 Networking Protocol (L2TP) protocol, Internet Protocol Security (IPsec) is often used to secure L2TP packets by providing confidentiality, authentication and integrity. The combination of these two protocols is generally known as L2TP over IPsec (or simply L2TP/IPsec).

This article provides a guide on how to configure L2TP/IPsec on RUTxxx routers and how to connect them with a Windows 10 client.

It should also be noted that this guide is aimed at more advanced users and, therefore, skips some of the more self-explanatory steps in order to preserve the overall coherence of the article. For example, instead of showing how to add new instances step by step, it is only mentioned in a short sentence. If you feel this lack of information impedes your ability to configure the setup, we suggest you check out our separate configuration guides on IPsec and L2TP for reference.

Before we begin, let's overview the configuration that we are attempting to achieve and the prerequisites that make it possible.

The figure above depicts the L2TP/IPsec scheme. - The router with the Public IP address (RUT1) acts as the L2TP/IPsec server and the Windows 10 device acts as client. L2TP connects the networks of RUT1 and Windows 10 client and IPsec provides the encryption for the L2TP tunnel.

When the scheme is realized, L2TP packets between the endpoints are encapsulated by IPsec. Since the L2TP packet itself is wrapped and hidden within the IPsec packet, the original source and destination IP address is encrypted within the packet.

If you have familiarized yourself with the configuration scheme and have all of the devices in order, we can start configuring the routers using instructions provided in this section. To summarize, we'll be configuring an L2TP server and an IPsec Transport instance (server) on RUT1; an a Windows 10 VPN connection (client). 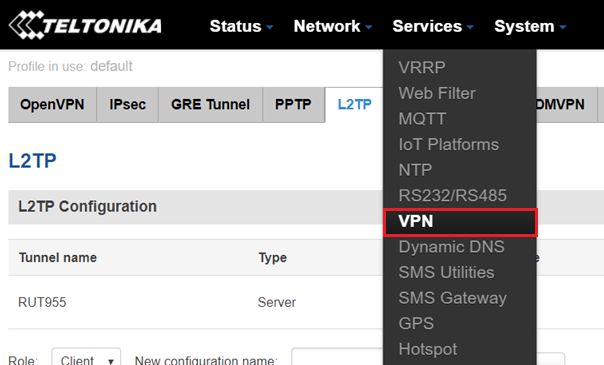 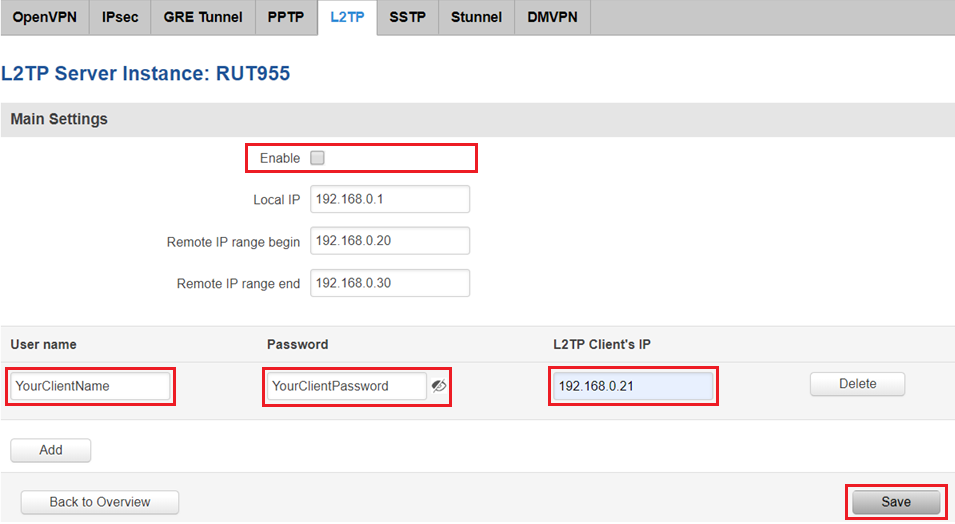 You must configure a working IPsec Transport connection. This subsection contains instructions on how to do just that. Other used parameters will be defaults; You can find explanations for those parameters in the VPN manual page, IPsec section.

1. Enable instance.
2. Select Type (Transport).
3. Leave other settings as default and press Save. 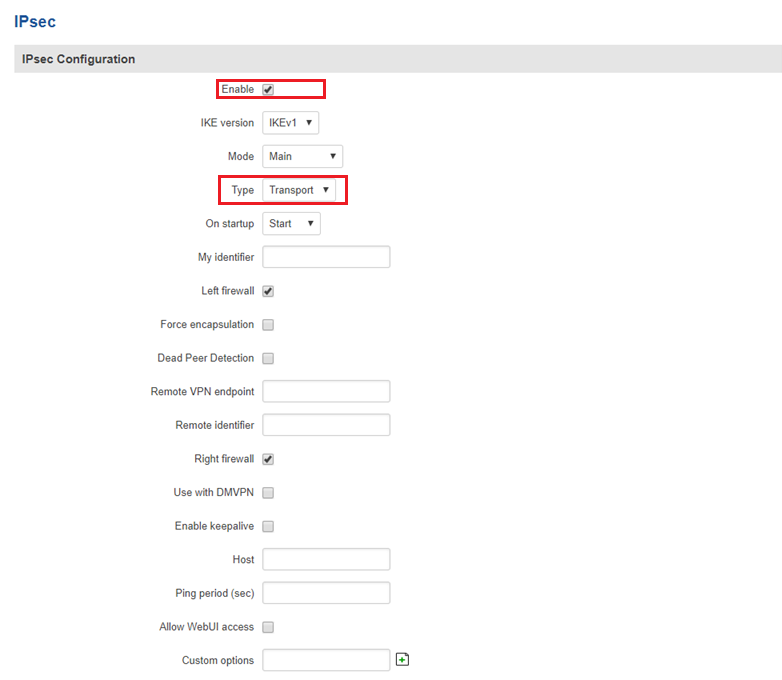 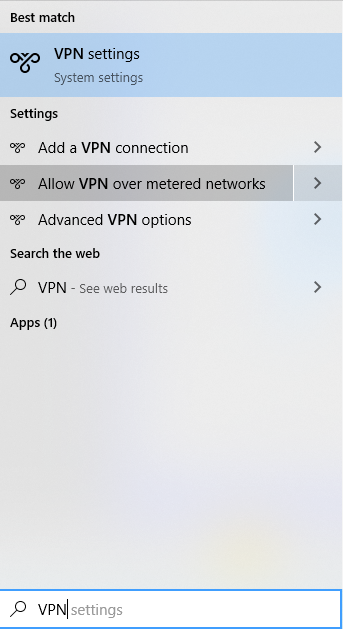 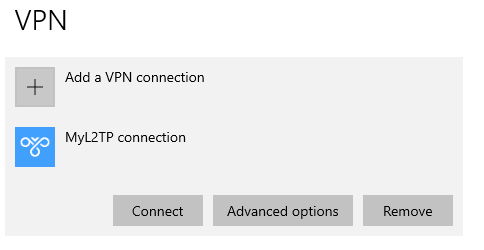 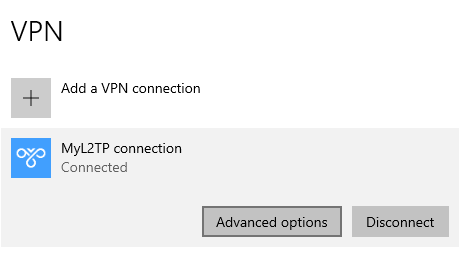 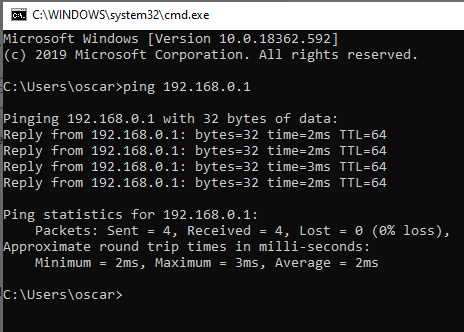