The information in this page is updated in accordance with firmware version RUT2XX_R_00.01.14.6.

Note: this user manual page is for RUT240's old WebUI style available in earlier FW versions. Click here for information based on the latest FW version.

This chapter of the user manual provides an overview of the Graphs page for RUT240 devices.

The Realtime Load section displays a tri-graph that illustrates average CPU load values in real time. The graph consists out of three color coded graphs, each one corresponding to the average CPU load over 1 (red), 5 (orange) and 15 (yellow) most recent minutes.

The figure below is an example of the Realtime Load graph:

The figure below is an example of the Realtime traffic graph for the Bridge connection:

The figures below are examples of both Wireless graphs: 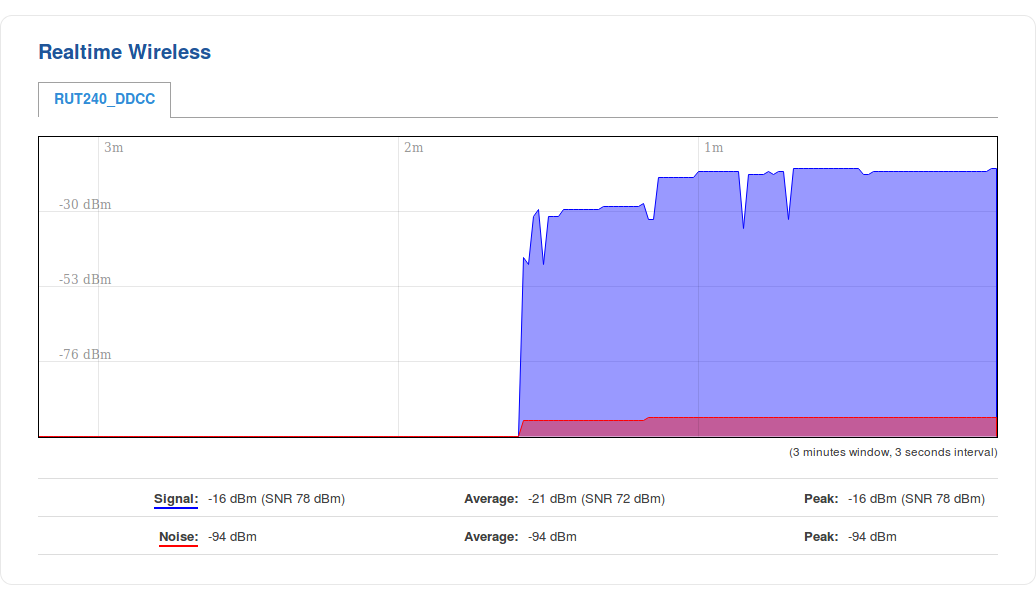 The figures below are examples of both of the Realtime Connections graph and the corresponding table: