In computing, Internet Protocol Security (IPsec) is a secure network protocol suite of IPv4 that authenticates and encrypts the packets of data sent over an IPv4 network. IPsec includes protocols for establishing mutual authentication between agents at the beginning of the session and negotiation of cryptographic keys to use during the session. IPsec can protect data flows between a pair of hosts (host-to-host), between a pair of security gateways (network-to-network), or between a security gateway and a host (network-to-host). Internet Protocol security (IPsec) uses cryptographic security services to protect communications over Internet Protocol (IP) networks. IPsec supports network-level peer authentication, data-origin authentication, data integrity, data confidentiality (encryption), and replay protection.

This article provides an extensive configuration example with details on how to create a tunnel connection between two IPsec instances, both of which are configured on RUTxxx routers.

Before we begin, let's overview the configuration that we are attempting to achieve and the prerequisites that make it possible.

The figure above depicts a RUTX11 with a Public IP connected by an IPsec tunnel via the Internet to a RUT955.

It should also be noted that the connection type used is Tunnel and not Transport. Tunnel protects the internal routing information by encrypting the IP header of the original packet. The original packet is encapsulated by a another set of IP headers. Transport encrypts only the payload and Encapsulating Security Payload (ESP) trailer; so the IP header of the original packet is not encrypted. Transport mode is usually used when another tunneling protocol (such as GRE, L2TP) is used to first encapsulate the IP data packet, then IPsec is used to protect the GRE/L2TP tunnel packets.

Tunnel is more widely implemented in site-to-site VPN scenarios and supports NAT traversal. For instructions on how to configure Transport mode, you may want to check out our L2TP over IPsec article.

If you have familiarized yourself with the configuration schemes and have all of the devices in order, we can start configuring the routers using instructions provided in this section.

First of all, let's configure the VPN IPsec instance from RUTX11's side: 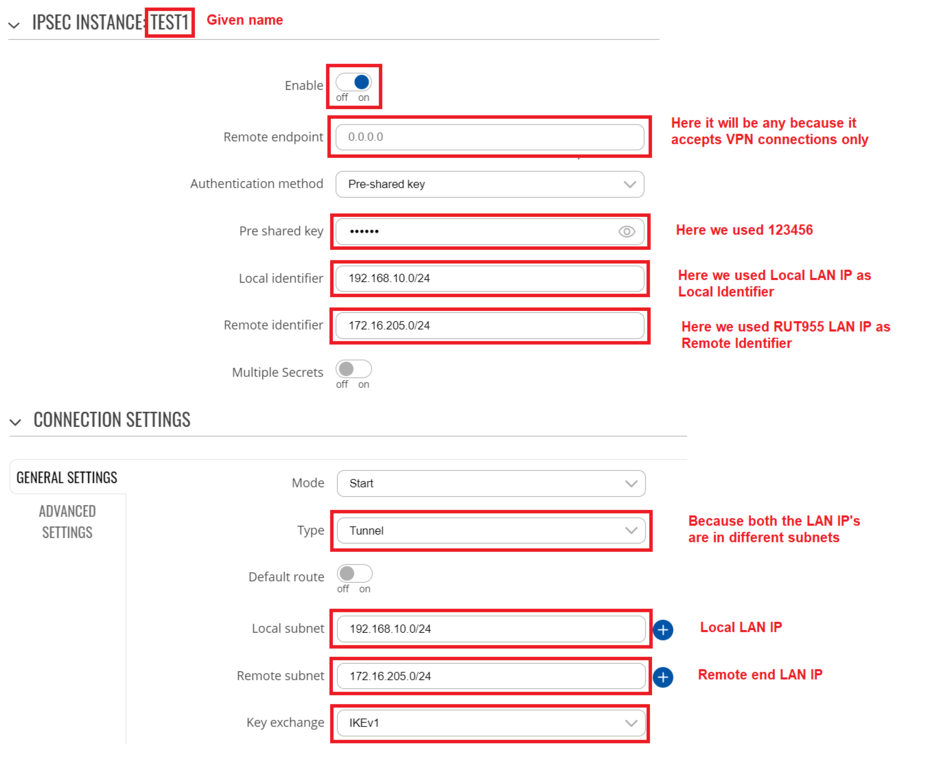 NOTE: remember to replace certain parameter values (like IP addresses) with your own relevant data. 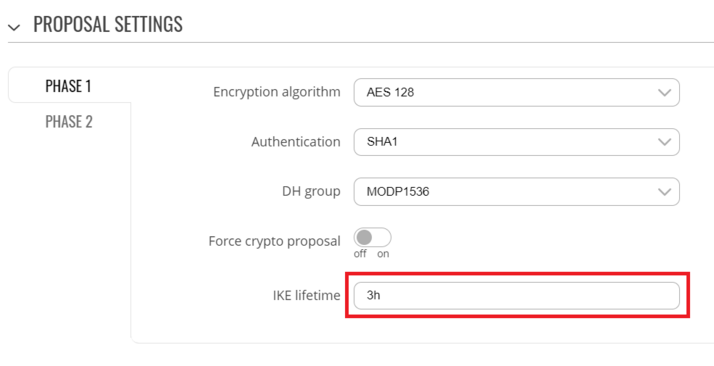 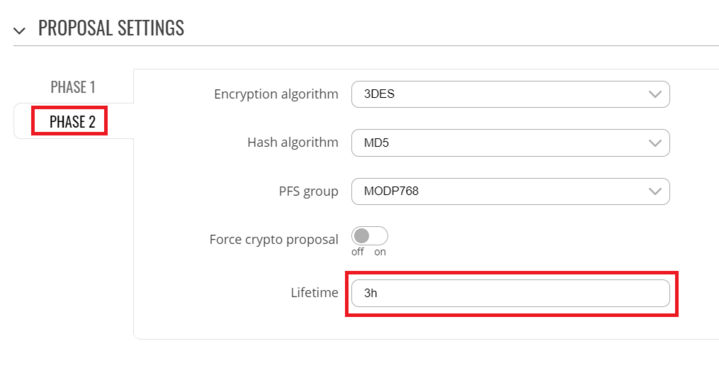 Similarly, the configuration for the VPN IPsec instance from RUT955's side is as follows: 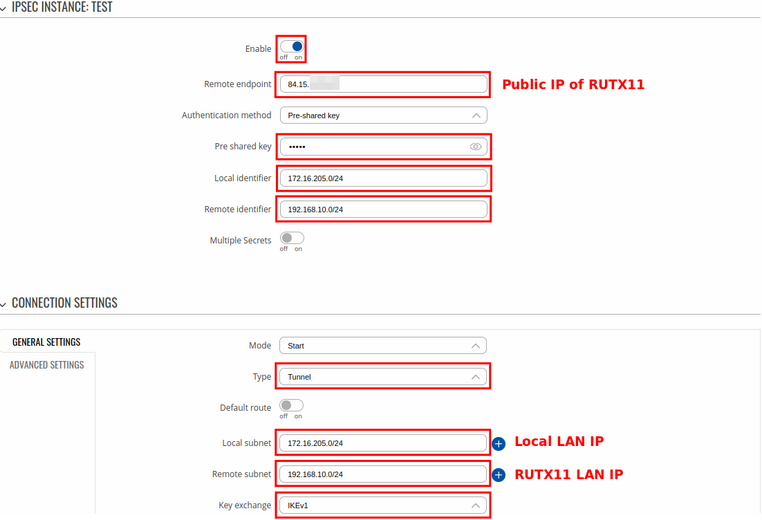 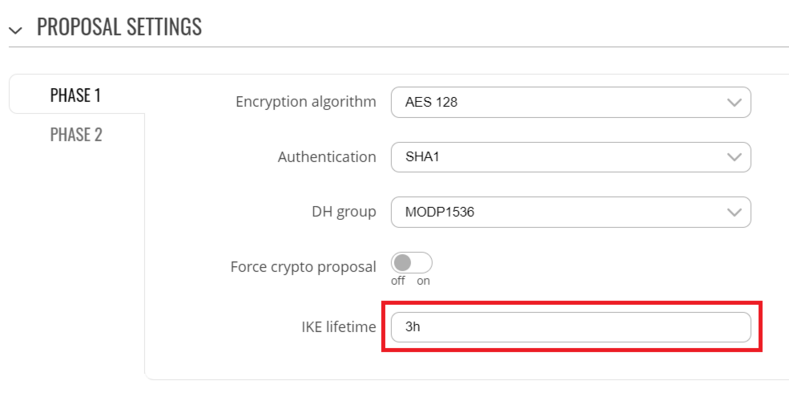 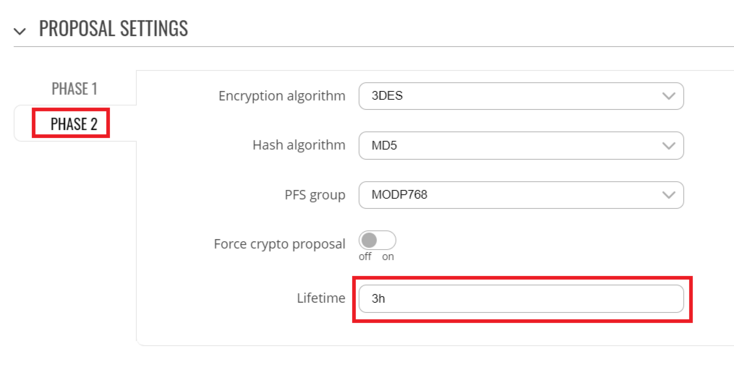 After Clicking on “Save & Apply” for both the routers we can try pinging the remote LAN IP to see if it's reachable. Also using the command “ipsec status” in CLI will show the status of the IPsec Connection.

If you've followed all the steps presented above, your configuration should be finished. But as with any other configuration, it is always wise to test the setup in order to make sure that it works properly. To test an IPsec connection, you could use the command “ipsec status” in CLI. It will show the status of the IPsec Connection similar to the ones shown below. You can also ping the opposite instance's VPN IP address. To use a ping command, type ping <ip_address> and press the "Enter" key on your keyboard:

You can also test if LAN access is working the same way. Instead of pinging the opposite instance's LAN IP address, ping one of the end device's IPs. One common issue that can be encountered here is that the end devices might need their DHCP leases renewed. There are many methods of accomplishing this, but the easiest and most accessible way is to simply disconnect and reconnect the LAN cable to device or the router that it's connected to.

If the ping requests are successful, congratulations, your setup works! If not, we suggest that you review all steps once more.